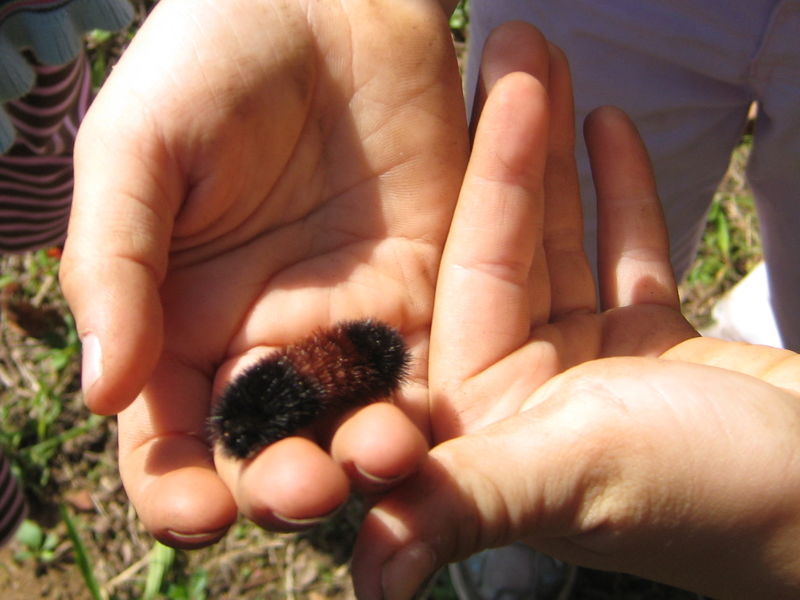 During our annual fieldtrip to the Radke Apple Orchard, a few kids found woolly bear caterpillars.  This fuzzy larva turns into the Isabella tiger moth, but only after spinning a cocoon in the spring. As its name indicates, it hibernates all winter like a bear.

Woolly bears are famous meteorologists! Folklore says that their colored bands can predict upcoming winter weather. A wider black band means a severe winter, while more of the cinnamon-brown band means a mild winter. Looks like a severe Chicago winter may be on the way - just great.

Here's a picture of an Isabella tiger moth: 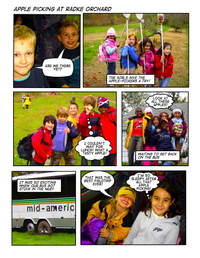 Sherry Ziolkowski, Web Specialist in Arlington Heights District 25, presented a great session at IL-TCE called Comics in the Classroom.  I was eager to hear this presentation because my colleague, Lucy Gray, recently told me that our school has a site license for Comic Life. I'm planning to teach my students this application so we can do something with it for an upcoming Oregon Trail Unit (perhaps with primary source photos). Supposedly ComicLife is easy for students to learn and teachers can choose the template for them. See Sherry's link above for a step-by-step description. This is my first attempt using photos from our early October fieldtrip to an apple orchard.

Each fall, my second graders study the life cycle of the apple tree. We learn how apples grow, celebrate Johnny Appleseed's birthday on September 26th, diagram an apple blossom, examine the parts of an apple, graph our favorite apples, take a field trip to a local orchard, and bake apple pandowdy.  Our science journals play an important role in this study as a place for us to record our facts and illustrations.

Parts of An Apple Flower

Parts of an Apple