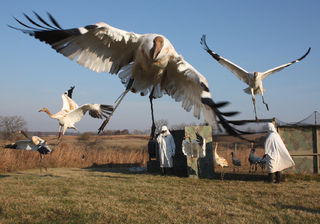 Before beginning the whooping crane migration project with my students three years ago, I never imagined  how these birds could have such personalities.  Of course,  the people that work closely with the cranes for such long periods of time are likely ascribing some human characteristics to the birds. There's no doubt, however, that these birds are real characters! Throughout the course of our study, we learned about the bullies or "meanies", the ones that were serious learners at "flight school", the strong fliers,  the one bird that was always sleepy and the bird who prefered to have an ultralight airplane to himself.  The Operation Migration team gave them nicknames like Mouse or King.  My students quickly grew attached and became eager for updates about their chicks.
Now that the birds have reached their wintering grounds in Florida, our project is, for the most part, complete.  The birds are now adjusting, with supervision, to being free and wild.  In their field journal, Operation Migration posts frequent updates about how this transition is going.  It's a wonderful way for my students to keep up with the birds they tracked, "adopted", and grew to love over the last several months.
Recently, an entry was posted by the "Swamp Monster" who had to be called back to work to get the mischievous birds in line.  The Swamp Monster is really a pilot or team member wearing a large green tarp who scare the cranes back to the pen.  Here's what the Swamp Monster wrote: 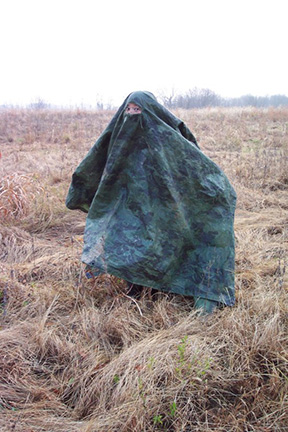 Just when I was starting to settle back into my off-season life of rolling around in the muck and scaring all the little frogs and salamanders, I got a 911 call from Brooke and Bev over at St. Mark's. Sheesh, can't a Swamp Monster get a break?

Apparently my favorite victims have become just a tad too independent and were creating havoc around roosting time. My favorite kind of misbehaving youngster--one who won't go to bed at night and wants to stay in the swamp and play. Yum!

On Wednesday night, so Bev told me, the chicks decided to take off out of the pen right as the sun was setting. They went to where they had spent the morning and wanted to poke around in the mud some more. This gave Brooke and Bev fits as they tried to get them back to the safety of the pen to roost. So I responded to their 911 call, and on Thursday went over to help them out. After all, just because I'm a Monster doesn't mean I'm a bad guy.

I took up my position out on the flats surrounded by all my favorite things: stinky mud, mosquitoes, and sand flies. You know, I felt almost at home there. Anyway, sure enough, out came the 7 chicks just after sunset. Boy - did I put on a show for them. Jumping, growling, snarling, blowing my horn, waving my tarp; all the usual things I do.

And do you know what? The little stinkers kept flying. Scared you didn't I? They kept flying alright, but right back to the pen. Darn right they did! When I scare something, it stays scared. They flew right back into the pen almost knocking Brooke down in the process they were so glad to see him. Then they marched right onto the oyster bar to roost like the good little chicks they are, and they didn't budge for the rest of the night.

I think I'll go have some more fun with them tonight. I really love that swamp they live in---a Monster could retire there!

Then, Bev Paulan, who has been with the chicks since they hatched, wrote another entry about how difficult it can be to get the "crane-kids" to sleep when they'd rather play.  As a parent of two young children, I could relate to this bedtime routine and I think many of my second graders recognized themselves in this crane  misbehavior.

I'm not sure how many of you are parents, but those of you who are will surely sympathize with us.

Saturday was my turn to be in the pen with the chicks and stay with them until they roosted for the night. This seems a simple task; just stand out on the oyster bar, do my best crane parent impersonation, and wait for them to fall asleep. Not quite so simple.

Like any parent of an increasingly independent child, I did my best to get them calmed down for the night. Following 'Daddy' Brooke's advice, I stood in the feed shelter for a while so they could get nice full tummies; walked to the fresh water guzzlers so they could get their last drink; slowly walked them to their bedroom, aka the oyster bar, and tried to lull them to sleep with their favorite lullaby, the brood call.

Well like any child who doesn't want to go to bed tends to do, the goofing off started. They all had a good meal and while walking them slowly around the pond, the shenanigans started. First they started jumping about, tossing sticks and feathers into the air. Then they started playing tag, with one bird taking flight - and my heart stopping.

Okay, that burst of energy dissipated, I finally got 5 of the 7 onto the oyster bar. But once again, any excuse to not go to sleep. "I'm hungry," they chorused and they all marched back to the feeders for one last nibble. "I'm thirsty," they peeped as they sauntered to the guzzlers. "I have to take a bath" they sang. Now mind you, all this is at 6:45pm, 20 minutes after sunset ad past their bedtime.

Then it was another game of tag, tugging at my costume, playing with oyster shells, and pecking at each other - "Mom, 828 is looking at me!" More eating, more jumping about, and then, my worst nightmare; the batteries in my MP3 player gave up the ghost drowning us in silence.

Would I ever get them to the oyster bar now? Luckily, darkness won out and they eventually all ended up surrounding me on the oyster bar and slowly calmed down. 812 was the last one to join us, but 805 was so fascinated by my costume, he wouldn't relax. Finally I moved far enough out of his reach that he had no choice and he started to do his pre-sleep preening.

When it became so dark I couldn't see more than 5 feet, I figured it was a safe bet that I could leave them. Slowly, I waded ashore, taking just a few steps at a time to make sure no one followed. Looking back one last time, I could see their reflections in the pond and no one was stirring.

So as quietly as a rubber boot wearing, costume clad handler can walk through water covered mud, I made my escape, and headed back to the blind. No one followed and peace reigned over the marsh. I think I'm getting this chick-sitting thing down.

As you can imagine, my second graders loved reading these updates.  In a short time, our cranes will once begin another migration.  This time they will fly north to Wisconsin as wild cranes, without their costumed human "parents" or ultralight airplanes. Each bird has been fitted with a new radio transmitter and legband.  We will continue to learn about their progress as they grow into adulthood, learn to survive in the wild,  mate and hopefully begin to raise chicks of their own.
This project has been engaging on many level and the interest keeps going.  My class received a visit from Operation Migration and we raised more than $1000 for this historic effort. My students have a great appreciation for conservation efforts.  They have connected to an endangered species in such a personal way - one in which they won't soon forget.  I , too,  now claim to be a true "craniac."  We wish the best of luck to the Whooping Crane class of 2008!

Kathy Barbro has a wonderful blog filled with "classroom-tested" art projects for kids.  She created her blog in hopes that teachers, left to make up for cuts in formal art programs,  would find useful ideas to use in their  classrooms.  While I am fortunate to teach at a school with a wonderful art program, taught by expert artists and teachers, I am constantly integrating art projects into my curriculum.  I'm always looking for new ideas.   My students respond to reading and math problems through illustration, they create diagrams and life cycles for science units,  and make crafts for holidays, cultural traditions and school fundraising events.   Kathy's blog is filled with inspiration.  Art Projects for Kids is helpfully organized by grade level, artist, medium, and theme. Below are just a few of Kathy's projects and there are many, many more.  Explore for yourself.  You won't be disappointed! 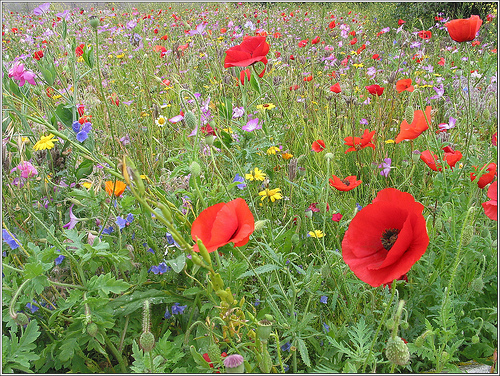 This year, one of our school goals has been to focus how we  teach and encourage kindness, respect and compassion towards others.   As a faculty, we read Choosing Civility

by P.M. Forni.  His 25 Rules for Considerate Conduct became launching point for many of us.  One of my colleagues posted these words outside of her first grade classroom at the beginning of the school year. and soon the "garden" bloomed with paper flowers made by her students.  I smile each time I pass the board.  Written by Henry Wadsworth Lpngfellow , these word have often been used as a children's nursery rhyme.

Kind hearts are the gardens.
Kind thoughts are the roots.
Kind words are the flowers.
Kind deeds are the fruits.

Take care of your garden
And keep out the weeds.
Fill it with sunshine,
Kind words and kind deeds.

This week's Poetry Friday roundup is hosted by Karen Edmisten. 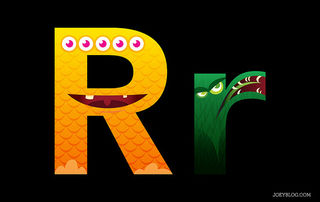 I love these adorable scary letters that Joey Ellis made to help his son learn the alphabet. (via boingboing)